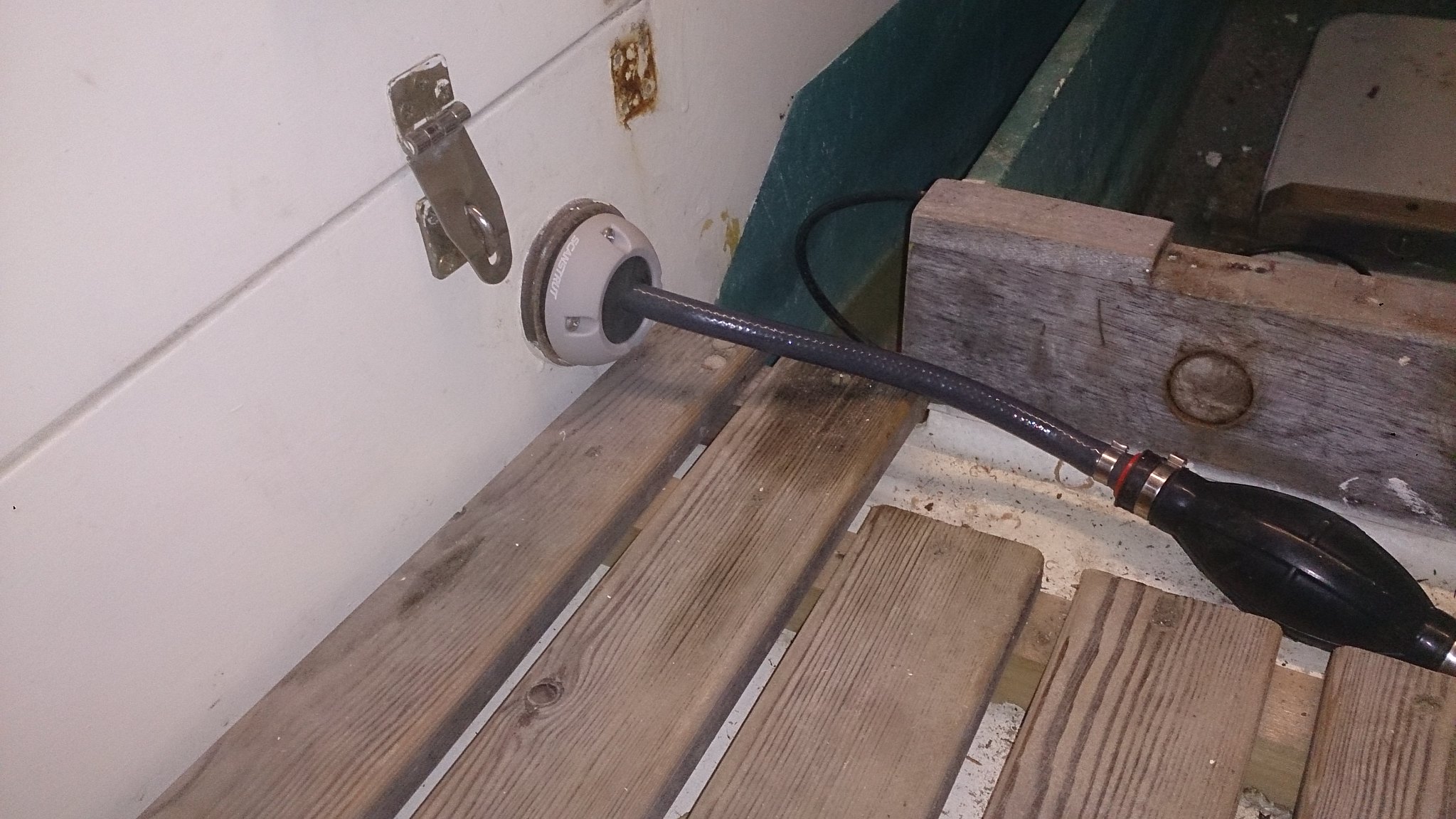 I came back form the Southampton Boat Show with bags of bits. One has proved far better than I anticipated. I wanted to fit a deck gland round the fuel pipe, so that I could block off the existing opening into the locker. This has let a lot of water in in the past, especially when I have several people on board and the stern is depressed. I assumed I would have to drill a new hole for the fuel pipe, and fill in the existing large hole. What I found was that the gland base covers the existing hole perfectly, so I can carry on using the same hole, but now it is waterproof. Not often that things just fit so neatly.
I am going to reroute the depth sounder cable to the opposite side of the boat. I can take it directly into the end of the quarter berth, through another deck gland, and then through trunking to the display unit. This means no unsealed holes into the cabin, which is how it is routed at present.
Posted by Julian