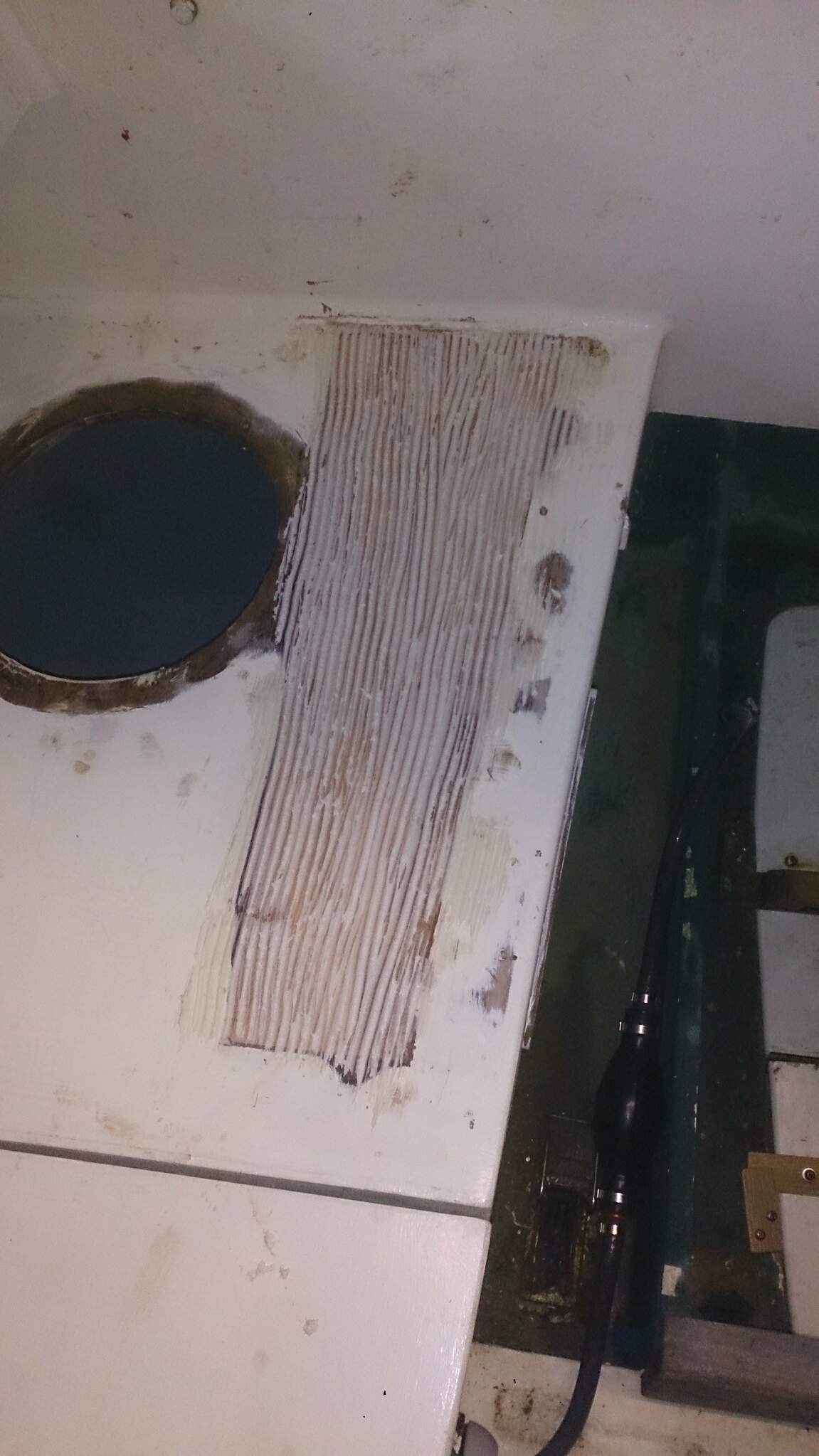 The basic repair to the cockpit deck is complete. I stuck in the infill panel with epoxy and then planed the patch down to flush with the deck. Some bits were a bit too low, so I spread on a layer of epoxy thickened with micro-balloons, which is supposed to give an easily sanded finish. I tried the technique of putting on the first layer with a notched spreader. The ridges are sanded down and then the remaining grooves filled in. It seemed incredibly hard, so I ended up planing off the ridges. 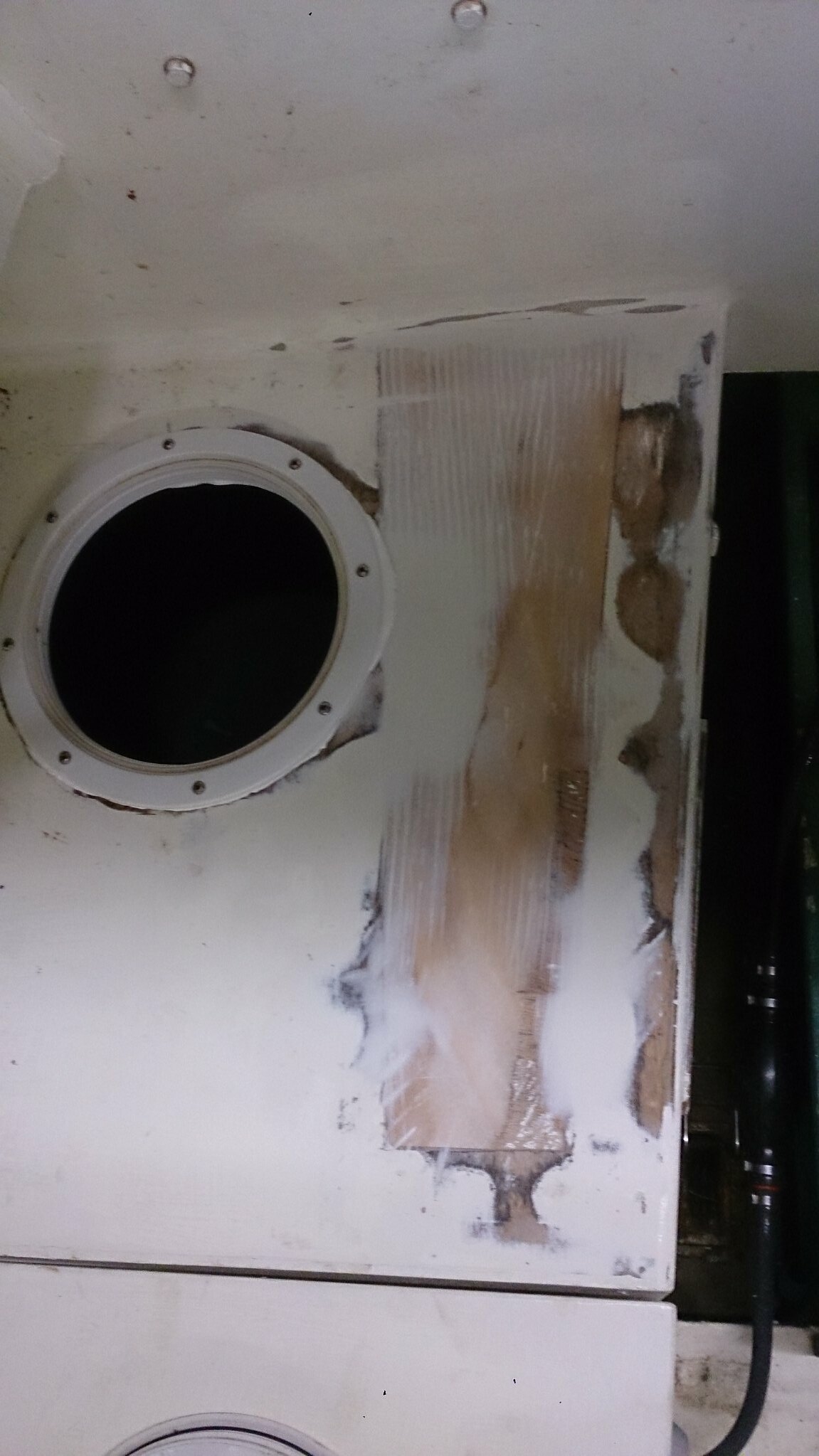 I then filled in the grooves with ordinary marine filler. This did sand down easily and although it looks a mess, it is completely smooth. When it is painted I have hopes that it really will be undetectable. 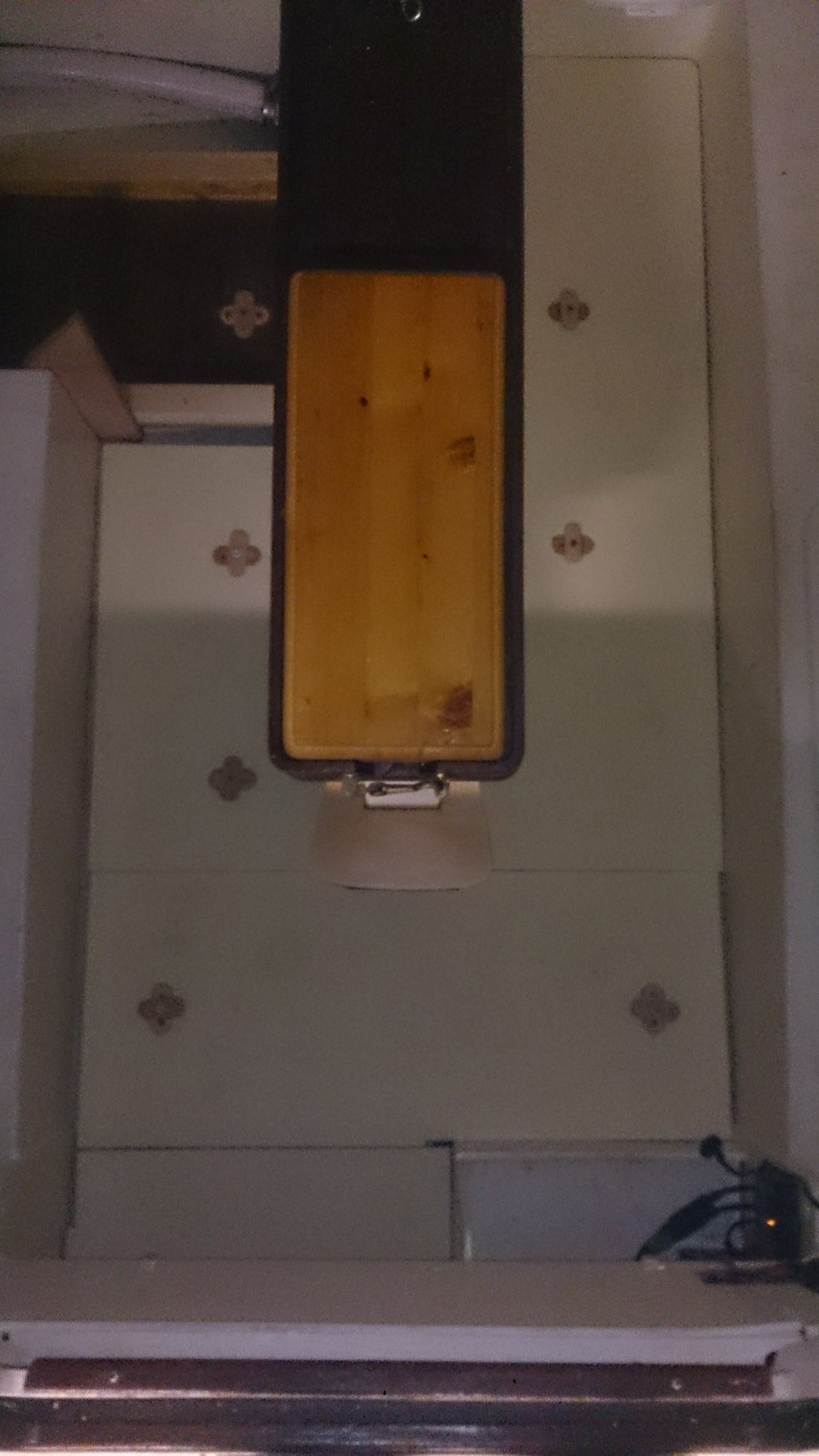 I have fitted turn buttons to the cabin floors and painted the boards with non-slip paint. I should now be able to lift the floor quickly at any time. I am not convinced by the paint as I think it may hold too much dirt, but I want to do away with the weight of floor finishes. I add too much to the boat and want to cut back next year.
Posted by Julian