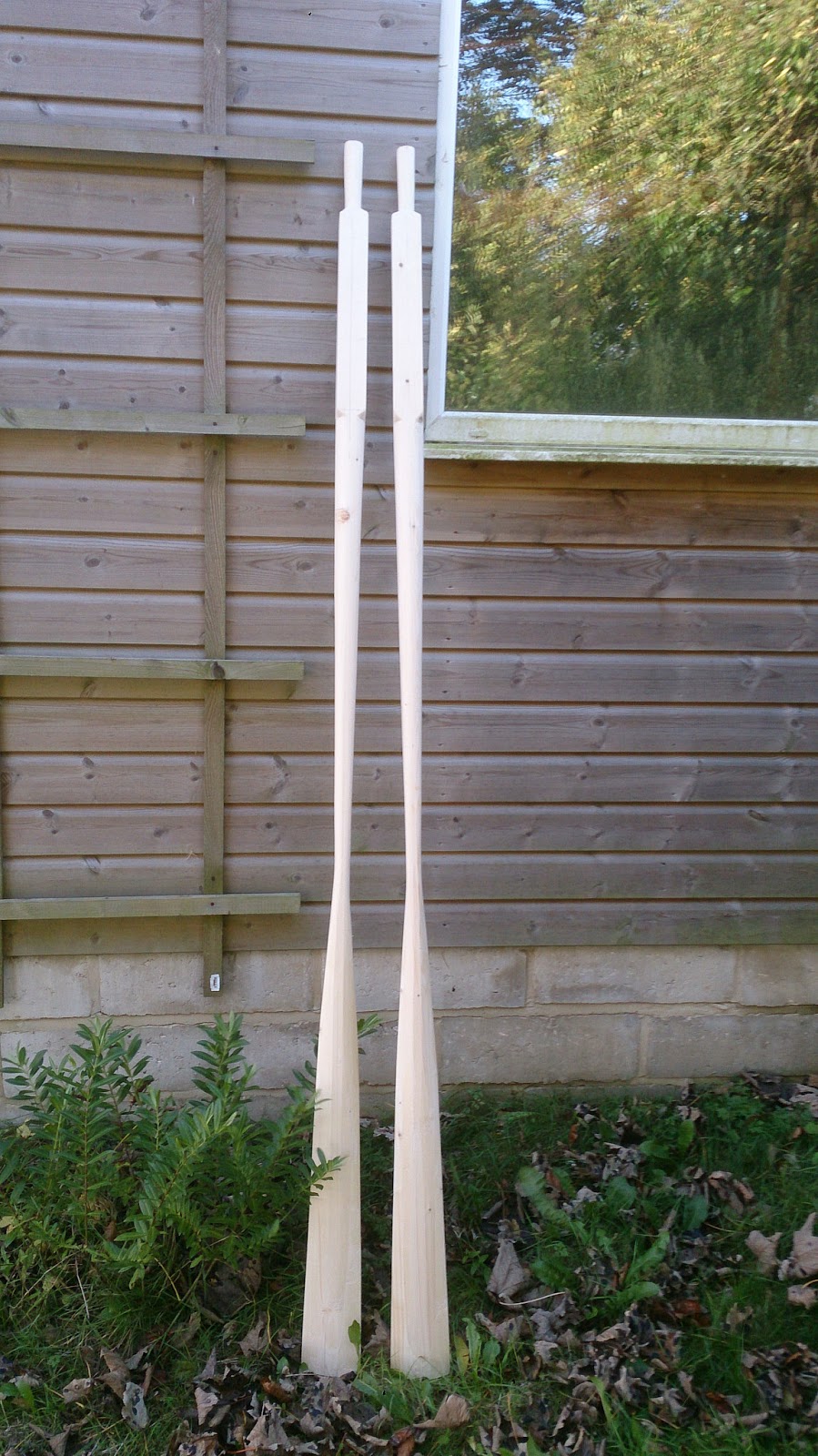 I have carved out the second oar, and again, am very pleased with the result. The weights of the two are within 20gms at about 1900gm each. They balance at almost the same point and they even fit the rowlocks, which was a bit of luck because I had forgotten to check those when I started!

Planing them to match was much easier than I expected. By laying the finished one alongside the one I was working on, I could continuously compare them visually, and using a cheap vernier calliper, I just compared thicknesses at any position along them. I still haven't managed to hollow out the blades either side of the central ridge. I bought a convex base spokeshave and it is one of the worse tools I have wasted money on. The curve of the blade doesn't match the curve of the base. The chip breaker doesn't fit properly, even after regrinding, and the blade was blunt. I couldn't get a single decent shaving off with it. I am planning to get some coarse sandpaper and a large diameter dowel, and have a go with that, but they will work as they stand. I still need to get some leather for each.
Posted by Julian